What Are WAX Block Producers? 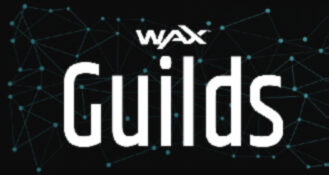 Each block in the WAX blockchain, every transaction, NFT, smart contract, and dApp is produced and stored by Block Producers (BPs, also known as ‘guilds’).

i. What are Block Producers?

BPs are enterprises with the computer hardware, engineering skills, and infrastructure needed to ‘validate’ blocks (immutable stores of data containing records of transactions) in order to achieve ‘consensus’ on the current state of the blockchain.

ii. What do BPs do and why are they important?

BPs produce the basic blocks for the blockchain and develop the WAX network. For doing this they receive ‘rewards’ in the form of WAX tokens. There are currently 63 BPs in the WAX ecosystem, and every month WAX users can go through a staking and voting process to choose a ‘Top 21’ — BPs who make this cut are considered ‘active’ in the block validation rotation, whereas BPs passing the minimum requirements but ranked 22 or lower are ‘standby’.

For the purposes of the WAX governance system, some of these guilds are aggregated as a ‘Proxy’ by various WAX community members who constantly evaluate the technical performance of all the guilds. This makes it easier for all WAX users to stake and vote for the best BPs.

BPs are important because they ensure WAX is the best blockchain via healthy competition for a place in the ‘Top 21’, which achieves consensus based on the lean, mean, and green DPoS consensus algorithm.

II. Context: What is DPoS?

Bitcoin ($BTC) and Ethereum ($ETH) use a ‘Proof-of-Work’ (PoW) algorithm to achieve consensus. However, this PoW algorithm uses up considerable amounts of energy. WAX decided to utilize a much more energy-efficient algorithm called Delegated Proof-of-Stake (DPoS) – 125,000 times more efficient, to be precise, than a PoW blockchain. DPoS also has a significantly higher throughput – up to 5,000 transactions per second (in comparison, a typical PoW chain can handle 12 – 15). According to WAX BP CryptoLions: the ‘WAX network can process 25 Million transactions on the carbon-neutral WAX blockchain every day, more than the other top 10 chains combined’.

Let’s now take a look at some of the BPs, both from the current Top 21 and beyond.

Currently top of the Top 21, Cryptolions is a BP and an active WAX and core EOSIO developer. They created the first open-source Simple Assets NFT standard for minting NFTs on the WAX platform – read our previous article about the Developer Hive to find out more.

Cryptolions also developed the NFT-based game Kolobok which sends you on adventures and lets you play games and win in-game prizes in $KBUCKS which are tradable on the Alcor Exchange.

Cryptolions have a big team of developers and workers and are involved in other technology projects such as Jungle Testnet, Prometheus (which allows files to be encoded on any EOSIO blockchain, and retrieved via URL), and the EOS Network Monitor. They are also a partner in Zaisan which is a new EOS initiative currently involved in upgrading the EOSIO platform.

Another big WAX block producer is EOSAmsterdam, a founding member of the EOS Mainnet, which provides the architecture WAX adopted in 2018. They also produce blocks for other blockchains such as Proton XPR, FIO, INSTAR, Europechain, and Telos.

The philosophy of the team emphasizes the support of voluntary free-market communities securing life, liberty, and property for all.

Based in Germany, Pink.gg is another one of the biggest WAX guilds producing blocks on the WAX and Proton Blockchain, even providing core infrastructure for these networks. This means their nodes have to be as fast and reliable as possible.

They created the AtomicAssets NFT standard to provide non-techy WAX users with a user-friendly suite of web-based WAX ‘microservices’ called the AtiomicHub to easily create collections of NFTs and then market and trade them on their user-friendly marketplace. The AtomicHub has quickly grown into the most used NFT marketplace on all blockchains.

Their vision of an increasingly digital future world means new technologies have to evolve to give users true ownership of their digital goods. To help users to navigate the NFT landscape they started NFTInsider, a leading media outlet on WAX that features cutting-edge articles, interviews, videos, podcasts, and live streams.

Based in Rio de Janeiro, EOSRIO joined as a WAX guild in 2019. Their application to become a WAX guild gives a good overview of what it takes to be a BP on WAX.

Their vision is like other guilds’ – building tools to empower decentralized communities, contributing to the EOS network, and making their infrastructure as secure and efficient as possible.

Their nodes are ‘bare metal’ hardware to achieve maximum performance for the CPU and to avoid any external interference and insecurity typical of ‘virtualized’ cloud servers. They have several backups and redundancy in the infrastructure design, thus minimizing any single point of failure.

Any cloud servers they do use are non-producer machines — meaning they only provide access to developers and users around the world, providing an access point to Latin America, but also to other countries.

EOSRIO was also a founder of the EOS mainnet launch and has been a Block Producer ever since, with more than 2.2 million blocks produced and 99.9% availability, always operating among the top WAX and EOS BPs in terms of CPU speed.

China is the biggest digital market of all, and at position #25 we find the WAX guild wax-eastern. Although small, the wax.eastern guild in China aims to act as a bridge between the WAX communities in the east and west.

The English language website is minimal, but their posts on Medium suggest NFTs, GameFi, and the Metaverse are likely to go viral in China, with WAX fast coming to the attention of Chinese crypto-enthusiasts.

The current focus is to build a solid user community. Working with various mobile decentralized wallets, such as Bitkeep (one of the top 3 crypto wallets in China), they hope to help Chinese WAX users manage their assets.

Onboarding new members is problematic because VPNs (illegal in China) are needed to access broader crypto information via Twitter, Medium, Google, and indeed most of the crypto games themselves. Nevertheless, wax.eastern has already managed to achieve membership of 50k+ in their WAX community, mainly thanks to their detailed step-by-step tutorials, 24/7 helpline, and weekly newbie’s live chats.

To further increase awareness, they are reaching out to the top crypto media companies such as Odaily, BeepNews, Token Pocket who have helped share articles about WAX. Integrating WAX into local exchanges such as MXC and HOO has been helped by EOS Sweden.

iii. EOSDAC and Other EOS

Many WAX guilds are also involved with the EOS blockchain. There are even sub-groupings including a ‘Decentralized Autonomous Community’ (DAC) called EOSDAC.

Further interesting WAX guilds can be found in other parts of the planet:

Where modern economics is characterized by big, centralized corporations, the new BP model orchestrated by DPoS blockchains allows for a trustless system of commerce in which everyone has an equal opportunity participate.

There are 58 other guilds out there – go and explore the others on bloks.io! Once you know your BPs and your proxies, your voting and staking will help the WAX DPoS system give you the best platform for your digital assets.